Creativity.  It’s an interesting subject.  I received a newsletter from Anna, a digital designer, recently that broached the subject.  She had read a book by Allen Gannett called The Creative Curve.  Here are a few of the ideas she pointed out. and I’ve paraphrased.  Creativity is not magic and the more we immerse ourselves in inventive and imaginative practices, the more creative we become.  And, of course, this means we must do more digital art and scrapbooking.

Anna piqued my interest so I had to get the book.  His research revealed a lot of things I did not know about how creative people were viewed across the ages.  Here are a few that caught my attention.

“…the early Greeks saw creativity as divine works and of God.  They introduced the idea that artists are different from the rest of the populace.  They were genius but there was a fine line between genius and madness and when cured they lost their talent. The Greeks, therefore, provided a handful of ideas essential to the inspiration theory of creativity.”

“The Renaissance culture believed artists weren’t just copying God they were actually Godlike!  They began to establish a link between intelligence and creativity.  However, the artist was still viewed as neurotic and manic.”

“In the late nineteenth & early twentieth centuries attempts were made to prove the interconnection between genius and insanity.  Around this same time, there was a trend to transform geniuses from a negative into a positive trait.  This lead to a theory that people over a certain IQ level have the same creative potential as the genius elite that many people idolize.  This fostered the notion of giftedness.”

Purposeful Practice is the Key to Mastering a New Skill

“So how do you learn to master a new skill  Some say practice, practice, practice but many people practice for a long time but never near the level of world-class expert.  It turns out that it is not simply the time invested that is tied to success.  The research concluded there is a mental component.  So if it’s not just experience, how do you learn the mental portion?  This is where many people answer: talent.  However, through more study, it was determined it was hereditary talent or 10,000 hours of training it was the way in which they were trained.”

“Another study determined we don’t have to be geniuses to excel in creative fields.  We just have to train like them.  You must engage in “purposeful practice” where you work on one small skill repeatedly, with a clear goal and a feedback mechanism from a teacher or mentor. As you master the small skills, you advance to more difficult ones.  It’s the opposite of automaticity or things that are done out of habit.”

Their conclusion, exceptional talent is not always the result of winning the genetic lottery, but instead the outcome of a lot of purposeful practice.

It’s interesting how attitudes have changed over the years.  I’m glad I live in a time when it’s not only good to live creatively, it’s encouraged! 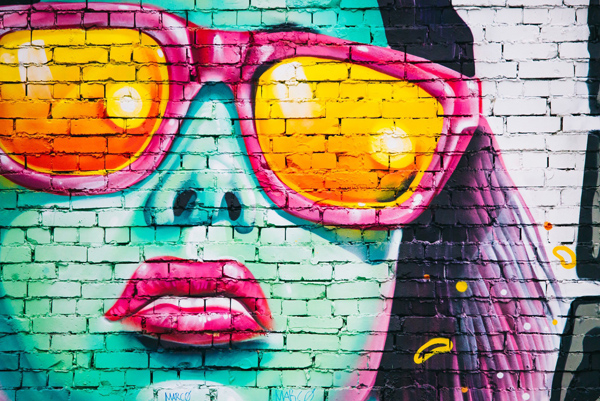 The Secret to Success

If you’ve read my previous post you already know what I believe.  A creative person is born with natural gifts and talents.  They create art simply because they love to create art.  While many people are born with artistic talent some don’t realize it or never tap into those natural abilities.  Still, others want to create art but don’t know where to start or don’t think they can.  They’re often surprised when they discover a talent they didn’t know they had.  Everyone has the potential to excel.  They just need a desire, a teacher, and purposeful training.

Our training is designed with success in mind.  We start with baby steps then build on that as you get stronger.  We’d love to be a part of your journey of transformation from newbie to skilled digital artist.  Your time is now!  Click Enroll Now to enroll in The Basics and Beyond course.